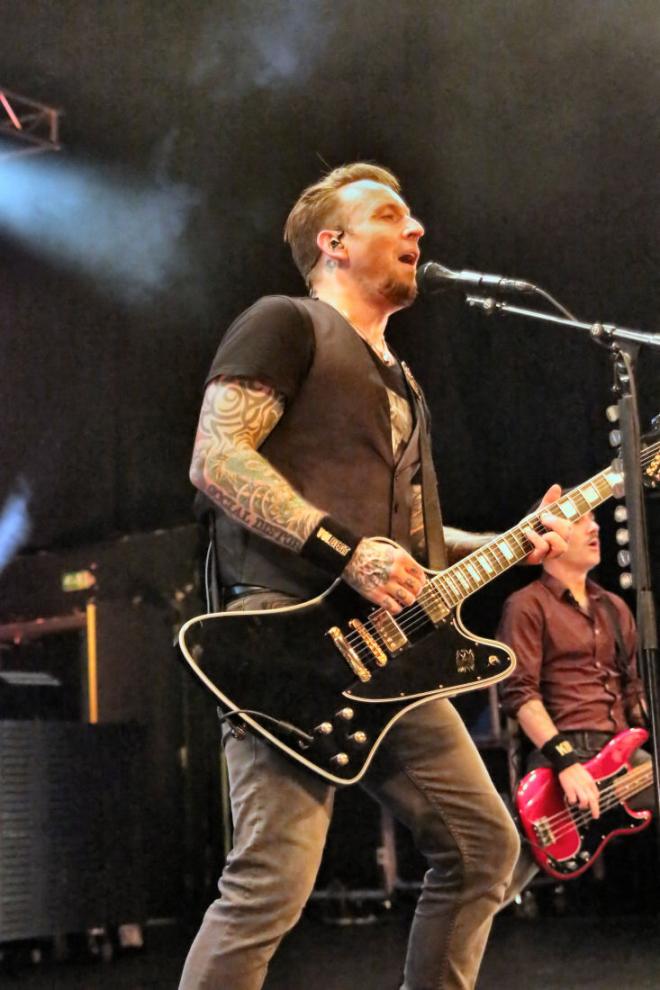 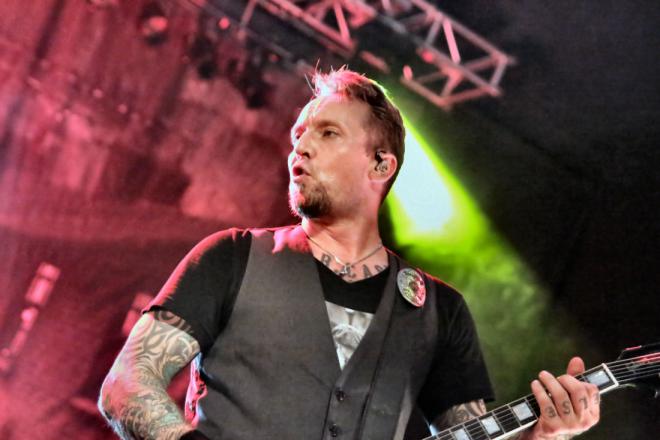 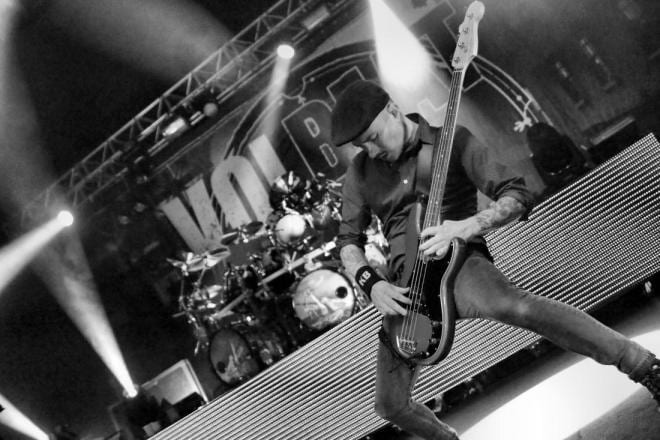 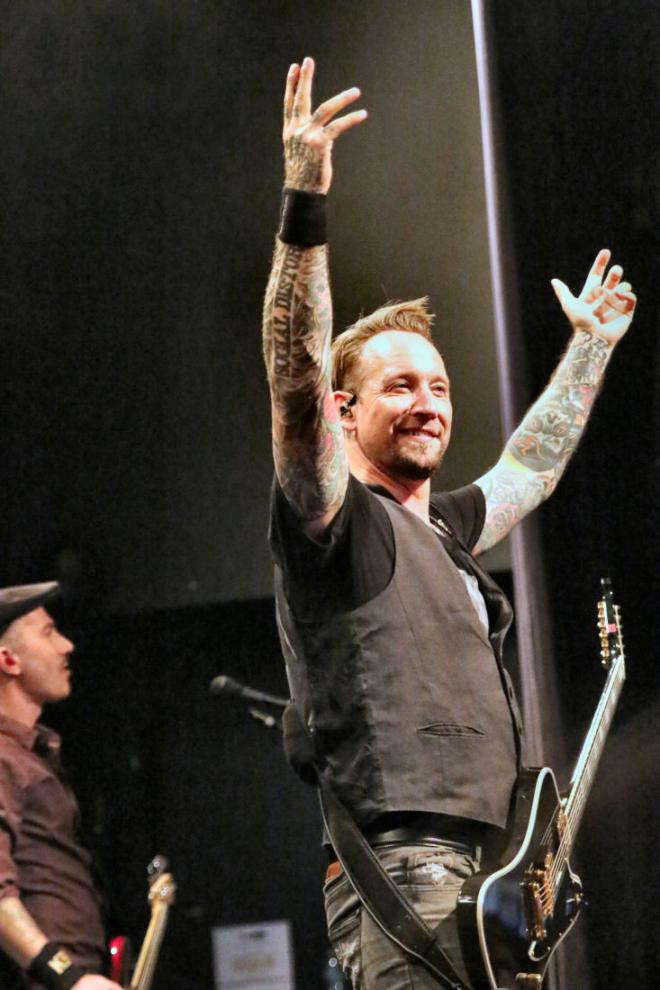 Tonight’s gig by Volbeat nearly didn’t happen with vocalist Michael Poulson losing his voice a few nights ago. Although you wouldn’t know it from the way that they came on and went full throttle from the start, which is a good job as the sold out crowd were up for it and to be honest, that is normal for Volbeat’s fansVol.

Volbeat are a band that are really hard to pin down to a certain genre of music. It has varied influences, rock’n’roll, country, punk, boogie-woogie and rock, but the usual mosh-pitters don’t really care they keep going and going. To give you some idea of the eclectic songs they play with a nod to the great Johnny Cash, by singing the first few lines off ‘Ring Of Fire’ before an acoustic intro to ‘Sad Mans Tongue’, morphing into the song full blast. Extraordinary! Even to the customary end of a Volbeat gig, ‘Still counting’ with the first few lines sang by the crowd, they were still firing on all cylinders with the added nice touch of signing things like a drumhead and throwing them into the baying crowd.

A Volbeat gig is a slightly surreal experience due to not knowing what exactly they are going to play, but it always makes for an intriguing night out.