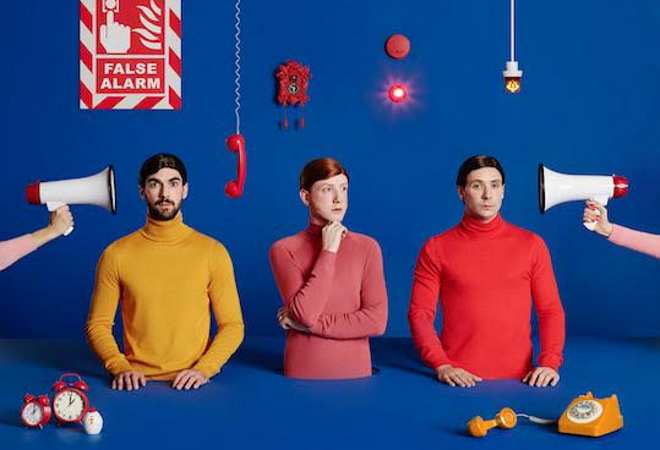 Two Door Cinema Club have announced a UK arena tour for October this year in support of their fourth studio album False Alarm, due out on 14 June 2019.

The tour will include a huge London show at The O2 with support from Tom Grennan – full details below.

The Bangor trio’ s upcoming album was recording in sessions between London and LA with producer Jacknife Lee.

Frontman Alex commented, “We’ re trying to create a new world for this record to exist in, and we want that to go everywhere from the music videos, the artwork, the live show. We’ re putting together the live show right now. It’ s so exciting because there are no limits anymore. We’ re not just Two Door Cinema Club as defined by what we’ ve done, we’ re Two Door Cinema Club doing whatever we want to do. ”

Two Door Cinema Club played a landmark headline performance in front of 35, 000 people at London’s Community Festival last summer. They will warm-up for their October tour with a string of festival appearances lined-up at Radio 1’s Big Weekend and Glastonbury, as well as headline slots at Truck, Tramlines and Y Not Festivals.

Check out the False Alarm tracklisting below: