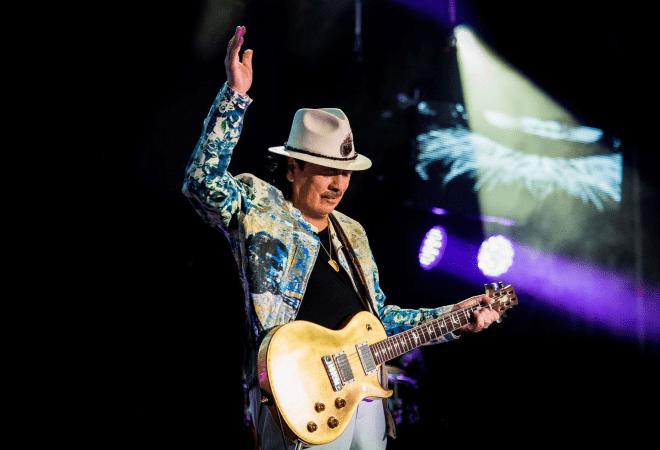 Carlos Santana will be bringing his Miraculous World Tour to London, Glasgow and Dublin next year.

Tickets on sale Friday (01 November) at 9. 30am from AXS Ticketmaster See Tickets

The multi-award-winning rock icon will perform hits from both albums as well as feature what he calls “the new hymns and songs of tomorrow” alongside energy-infused tunes from his 2019 album ‘Africa Speaks’.

Furthermore, the Rock and Roll Hall of Famer has confirmed that he will continue headlining a multi-year residency at House of Blues at Mandalay Bay Resort and Casino in Las Vegas, with dates scheduled at the end of 2019 until May 2020.