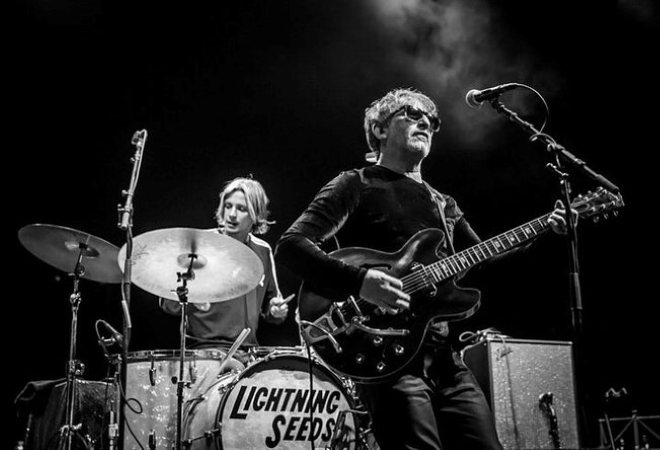 Lightning Seeds have added extra dates to their Jollification 25th Anniversary Tour for next year, which will see Ian Broudie and co perform their seminal album in full plus a greatest hits set.

The tour will follow the 25 year anniversary reissue of their hit third album Jollification, due out for release on 06 September 2019.

The Liverpudlians will perform Jollification live for the first time at landmark shows in London and Liverpool this November.

The original 1994 LP has sold over 900, 000 copies and received wide critical acclaim before being certified Platinum. The album will be released digitally as well as heavyweight black vinyl and limited edition strawberry red along with a strawberry scented coloured vinyl. Both vinyl releases will include a bonus 7” with two rare b-sides tracks, including ‘Lucifer Sam’ and an acoustic version of ‘Perfect’.