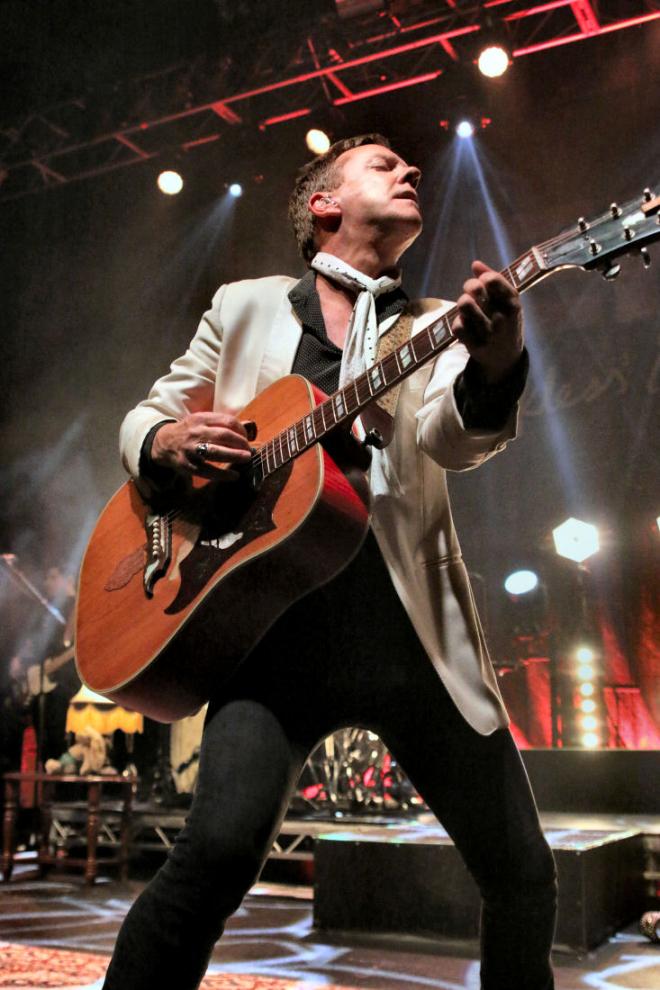 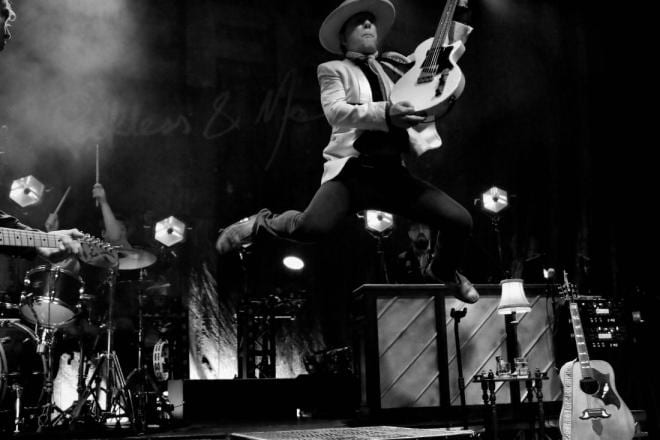 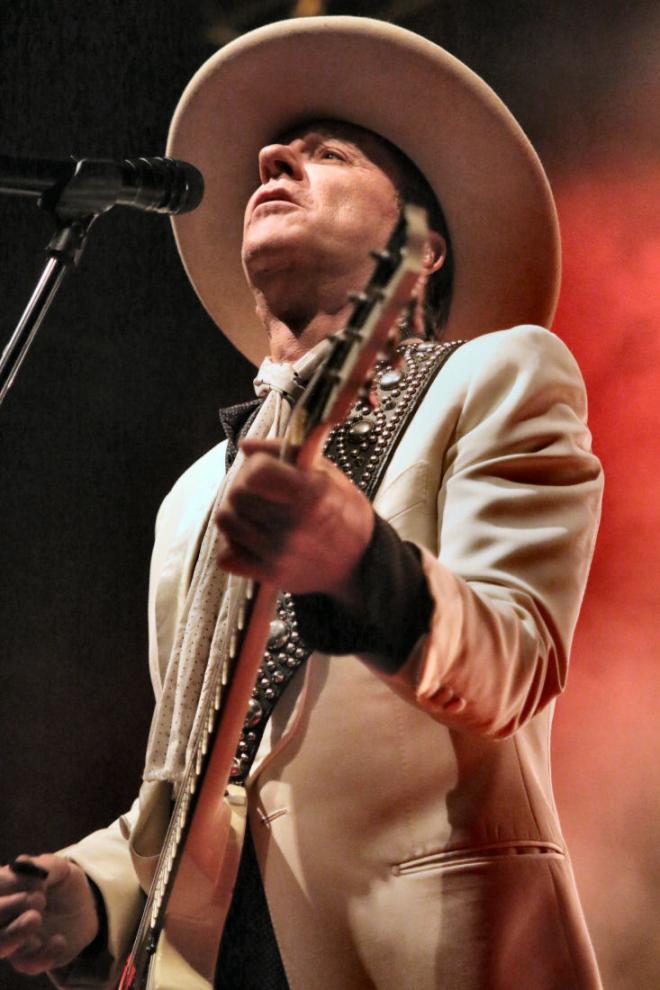 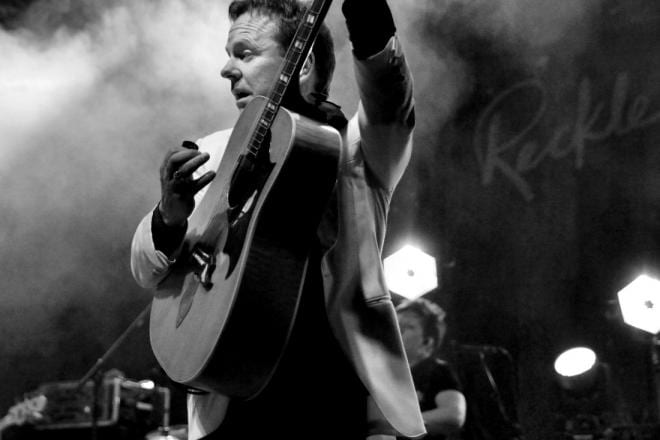 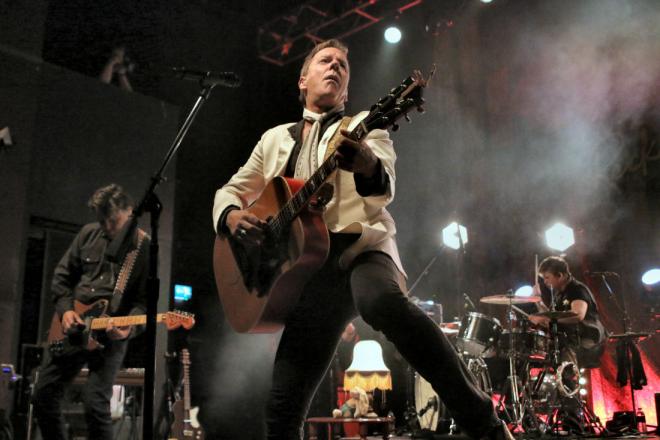 Not knowing much about Kiefer’s music until tonight, I thought this was just another actor dabbling in his hobby. This is definitely not the case. This man is serious about his music and his love of music is long standing. With influences like Cash and Dylan, he is a very good songwriter and this album ‘Reckless And Me’, which incidentally went to number 1 on the British country charts,
has definitely raised a few eyebrows and gained high praise with excellent reviews.

As a performer, well you shouldn’t be surprised that he is a really good one. Full of energy and not adverse to jumping in the air like a young Townsend. Yes, this is country, but live it sometimes nudged toward a rock gig. Surrounding himself with a cracking band and excellent stage setting, he is full of stories about himself and his writing processes, with a very dry humour. He would make an excellent dinner guest, which usually made this gig more intimate – not easy when playing to a nearly sold out Institute.

The songs are really good, delivered with sincerity and it was obvious that Kiefer, like the crowd, was having a ball. On several occasions he thanked the audience for coming out to listen to his music. He played a new song from his next album, which apparently is already in the can. He seems to be in a rush to get his music heard. With the crowd disappearing into the night, I am sure like them, we look forward to next time and future music from this extremely talented guy.