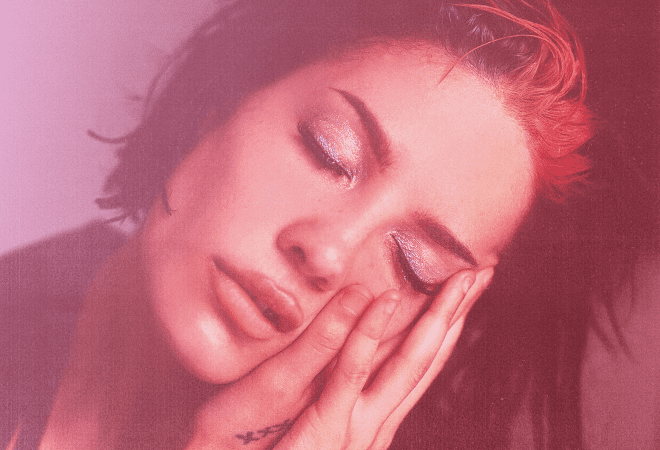 Halsey will bring her Manic World Tour to the UK & Ireland in 2020 in support of her highly anticipated third album.

Tickets on sale Friday (27 September) at 9am from AXS Ticketmaster

‘Manic’ is due out for release on 17 January 2020 and will feature the global smash hit ‘Without Me’, ‘ Nightmare’ and new track ‘Graveyard’.

Halsey has accumulated over 23 billion streams worldwide as well as sold over nine million albums.
The award-winning singer-songwriter has also been nominated for a Grammy and played sold out shows across five continents.

Her 2015 debut album ‘BADLANDS’ was certified Platinum by the RIAA within one year of its release. The talented artist then went on to claim the No . 1 spot on the Billboard 200 with 2017’s Platinum-certified ‘Hopeless Fountain Kingdom’, which featured hit tracks like the 2x Platinum ‘Now or Never’ and the 4x Platinum ‘Bad at Love’.

Her 5x Platinum single ‘Without Me’ spent two weeks at No. 1 on the Hot 100 in early 2019 to become her first solo single to reach the top spot. The song now ranks as the longest-running Billboard Hot 100 top 10 hit by a female artist of this century.

Some of Halsey’s further significant musical achievements to date include becoming the first performer since 2014 to simultaneously hold the No . 1 and No. 2 spots on Billboard’s Hot 100 Pop Song radio airplay chart. In March 2019, she became the first artist in history to replace herself at No. 1 twice on the U. S. Pop Songs Airplay chart when ‘Without Me’ returned to No . 1, bumping her 2x Platinum eagle collaboration with Benny Blanco plus Khalid ‘Eastside’ from the top spot.

Halsey has also joined musical forces with the likes of BTS for their Platinum hit ‘Boy With Luv’ as well as alongside Future on ‘Die For Me’, which features on Post Malone’s new album.