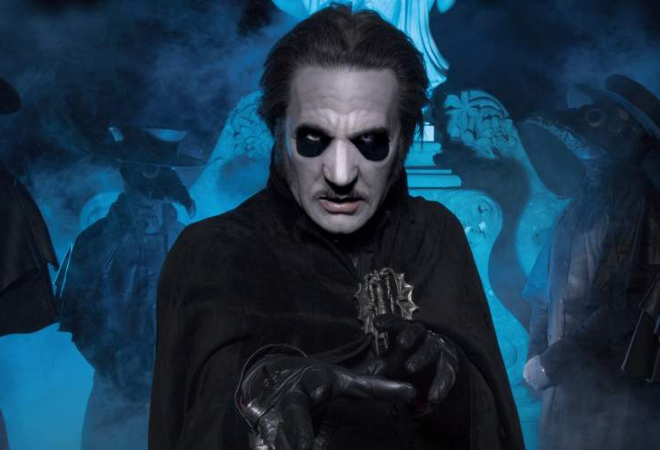 Ghosting will bring The Ultimate Tour Named Death to the UK + Dublin in November this year with special guests All Them Witches & Tribulation .

After support the legendary Metallica across their huge 26-date WorldWired European stadium tour this summer, the Grammy Award-winning Swedish metallers will return to the UK in support of their most recent album Prequelle.

Since its release last year, the critically-acclaimed Prequelle reached the Top 10 in 15 countries as well as earned the band nominations for Best Rock Album at the 61st Grammy Awards in the US and Best Hard Rock/Metal Record of the Year at the Swedish Grammis. Peaking at No. 10 on the Official UK Albums Chart and spawning hit singles ‘Rats’, ‘Dance Macabre’ plus ‘Faith’, it was also named Best Album on 2018 by Kerrang!, Revolver and Metal Hammer.

Be sure to catch them live on tour later this year playing songs from their latest album alongside other hit tracks like ‘Square Hammer’, ‘From The Pinnacle To The Pit’ and ‘Cirice’.