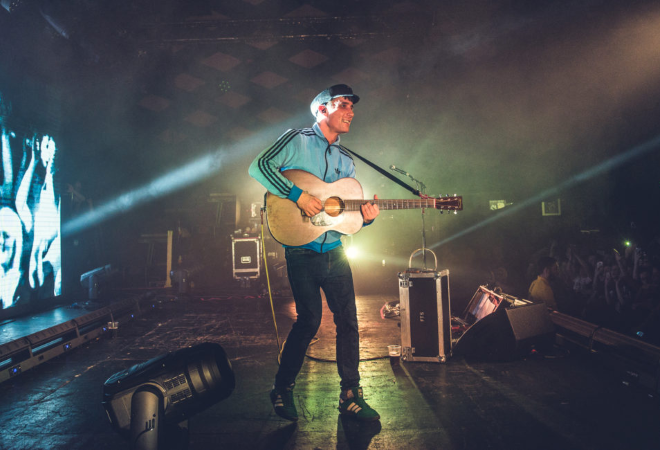 Gerry Cinnamon has announced his biggest tour to date for November this year, with special guests The Coral .

News of the tour came as a huge surprise to fans who had missed out on the Glasgow artist’s previous run of sold out shows.

Currently preparing for his string of huge festival performances this summer, Cinnamon has also teased his brand new single ‘Canter’, due to drop on Friday 21 June. He commented on the upcoming release saying, “Been writing and recording in between the gigs so looking forward to getting the new stuff out there sharpish. The new single Canter is one of those songs, upbeat, bit of energy to it and a wee bit of knowledge for the ears of anyone who needs it. ”

Gerry has had an incredible journey from recording songs on his phone to releasing his critically acclaimed, self-produced and self-released debut album Erratic Cinematic, which shot to the top of the iTunes and UK & Ireland Albums Charts.

The album has since sold 85, 000 in UK (BPI certified silver) and clocked up over 70 million streams on Spotify.

Unsigned and unmatched in his ability to operate outside of the mainstream Gerry Cinnamon has become a cult hero and force to be reckoned with – and he’s only just getting started!

Renowned with regard to his energetic live shows and special sing along moments with the crowd, don’t miss the chance to catch him on tour later this year.