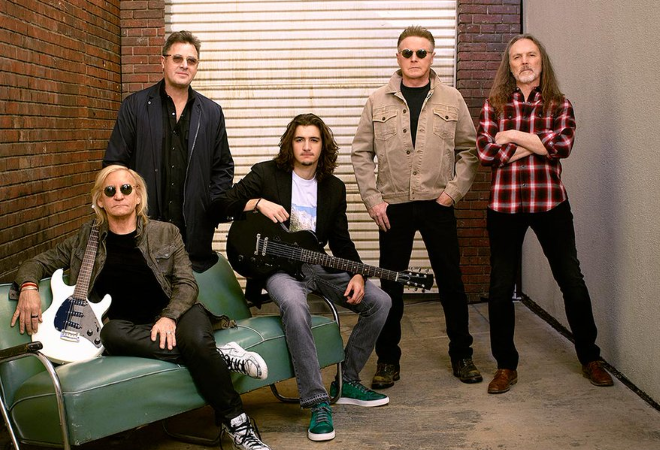 Following a hugely successful tour of the UK & Ireland earlier this year, the legendary Eagles will return for two huge London shows performing their ‘ Hotel California’ album in its entirety plus a greatest hits set.

The band recently performed three sold-out performances of the iconic album in Las Vegas. The highly acclaimed concerts were the first time they have ever performed ‘ Hotel California’ in its entirety and featured 77 musicians on stage, including a 46-piece orchestra and a 22-voice choir.

Eagles are the best-selling US band of the 70s and one of the top-selling acts of all time. They have sold over 150 million albums worldwide and achieved six No . 1 albums as well as reached to top of the singles charts five times.

The six-time Grammy Award-winners were inducted into the Rock & Roll Hall of Fame in 1998 and received the Kennedy Center Honors in 2016. More recently, their Greatest Hits 1971-1977 was certified by The RIAA as the best-selling album in history (38x Platinum) plus Hotel California as the third best selling album (26-x Platinum).

The legendary US rock band is made up of Don Henley, Joe Walsh in addition to Timothy B. Schmit, with Vince Gill and Deacon Frey.

Be sure not to miss the chance to see the Eagles live in London next year!