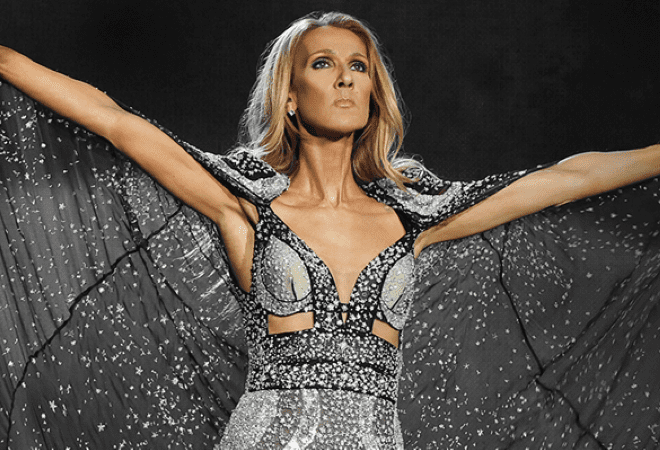 Celine Dion will bring the Courage World Tour to the UK & Ireland in September next year.

The tour will be her first in the UK since 2017s acclaimed Celine Dion Live, and is in support of her first English album in six years, due out for release on 15 November 2019.

The award-winning, global singing sensation has already released three new tracks from her highly anticipated upcoming album. ‘Imperfections’, ‘Lying Down’ and title track ‘Courage’ represent an exciting new chapter for Celine and fans will have a chance to hear songs from the new recording alongside many of her biggest hits.

Celine Dion has sold over 250 million albums throughout her career spanning 35 years. Some of the girl most iconic singles include ‘The Power of Love’, ‘Think Twice’, ‘It’s All Coming Back To Me Now’, ‘Because You Loved Me’ and ‘My Heart Will Go On’.

The music megastar completed her historic 16-year Las Vegas residency earlier this year, which saw her perform to over 4. 5 million fans across 1, 100 live shows. She then returned to UK shores this summer for a phenomenal headline slot at British Summer Time in London’s Hyde Park.

Be sure to get your tickets to see one of the most recognised and respected superstars in pop music history live on tour next year!